In collaboration with designers 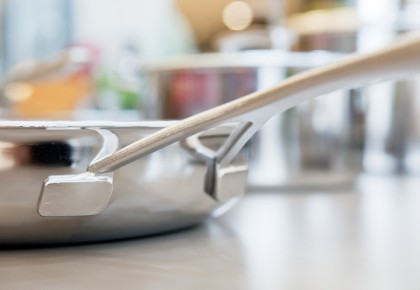 In addition to our superior an innovative technologies, Demeyere also realises that the aesthetic presentation of our products is very important. Cooking materials should not only work efficiently but should also be pleasing to the eye and decorative, on the table as well as in the kitchen. Demeyere has always worked with nationally and internationally renowned designers to this end. The result is continually fresh, beautiful, stylish cooking gear of top quality being produced and offered to our customers. 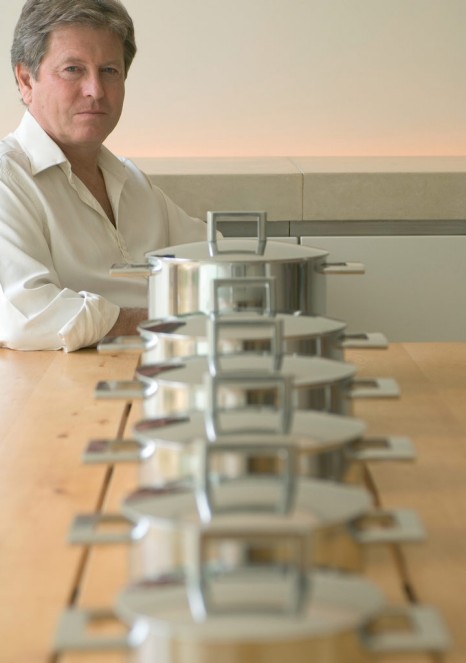 John Pawson has been designing buildings and objects for more than twenty-five years, with work realised on four continents for a wide range of clients and covering a breadth of scales and programmes. From the beginning his approach to making architecture has drawn comparisons with the art movement known as Minimalism.

More helpful, perhaps, is its characterisation as an attitude to space, light and proportion. Pawson grew up in Yorkshire in the north of England, with four older sisters. On finishing school he worked in the family textile business, before moving to Japan where he spent four years teaching English and travelling around the country, ending up in Tokyo where he visited the studio of the Japanese designer, Shiro Kuramata.

He enrolled at the Architecture Association shortly after his return to London, but left following only a brief period of study to take up the commissions which were already coming in. Although his work has been described as having an abstract quality, it is rigorously grounded in a precise understanding of the grain of everyday life.

Whether a house, store, gallery, bridge, monastery or cookpot, for Pawson the fundamental challenge is always the same: how people, space and objects may be brought into harmony with one another.

John Pawson’s career began quietly in the early 1980s, with a series of small domestic projects.

The contrast of these pared down designs with mainstream aesthetic trends at the time was marked; here was work whose roots lay in the successive expressions of simplicity which have formed a consistent component of both Eastern and Western traditions.

In the mid 1990s the profile of the work was changed forever by two key commercial commissions; for the Cathay Pacific Wing of Hong Kong’s Chek Lap Kok airport and for Calvin Klein’s first flagship store in Manhattan.

In 2004, an approach to design long described as monastic culminated in the consecration of a new monastery in Bohemia for a community of Cistercian Trappist monks. Two years later a bridge across the lake opened to the public at London’s Royal Botanic Gardens, Kew. Houses and the objects which go in them remain the staple of Pawson’s work.

Pawson’s own family house in London perfectly illustrates his belief that domestic space can be uncompromisingly shaped to reflect and support the rituals of everyday life. 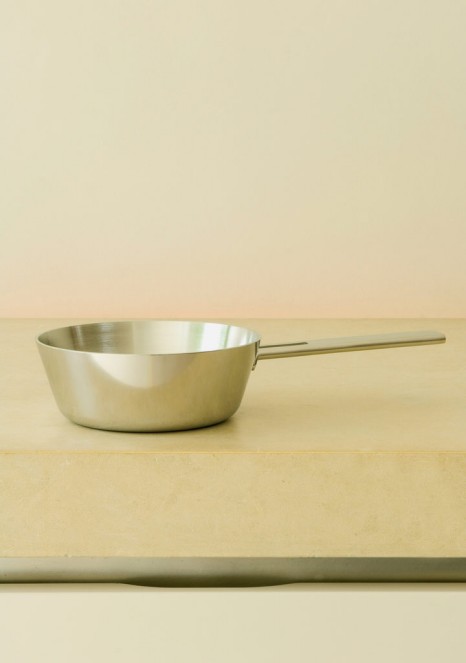 Heart of the house The pan

My collaboration with Demeyere started with the idea of providing these most important of contemporary living spaces with a set of core equipment which would combine functional sophistication with the highest design values. A pan might seem like a very straightforward object to design, but the reality is that smallness of scale does not equate with lack of complexity.

The union of form and function must be seamless. There would have been no point in identifying the perfect simple profile, for example, if the lip did not pour well. Visual comfort would likewise lose its value if the pan did not feel good in the hand.

I knew I could leave the more specialised technical issues to the team at Demeyere. My efforts have focused on the shape of the body and on the detail and angle of the junction between body and handle. My goal has been something which looked different, but right, equally at home over a flame or on a table – modern but not modish and thus liable to lose its freshness quickly. 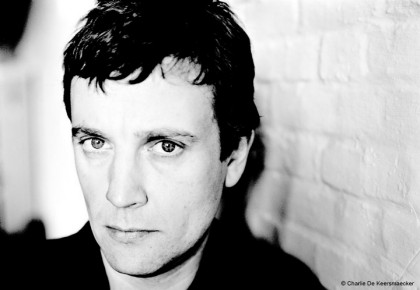 Stefan Schöning was born in Antwerp, Belgium in 1968 and graduated in Product Development from the Henry van de Velde institute in Antwerp.

In 1994 he set up a company for industrial design and works for clients in Belgium, the Netherlands, Italy, Germany and the US. To enable him to launch his more personal ideas in limited editions, he created the Polyline design label in 2001. Stefan Schöning has been awarded several national and international prizes, such as "Belgian Designer of the Year" (2008), "Red Dot Design Award: Product Design" (2007), … and his work is exhibited in New York, Paris, London and Milan.

He is the man behind the house style of the Belgian railways and also develops pieces of furniture and cooking utensils. For Demeyere, Stefan Schöning designed the Industry range. 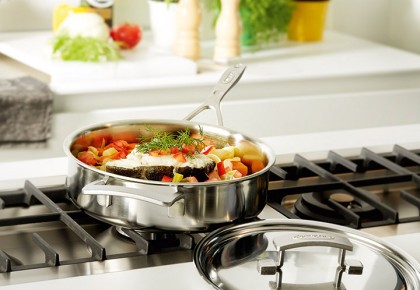 This elaborate range of cookware with an industrial look, developed by Belgian designer Stefan Schöning, will bring you a lifetime of cooking pleasure.

Remarkable to the series are the handles, which are "extra-large" and finished with glass pearls. They are scratch-resistant and remain cool for longer. Ideal for use on a gas stove, the products can also be used on all other types of hobs. 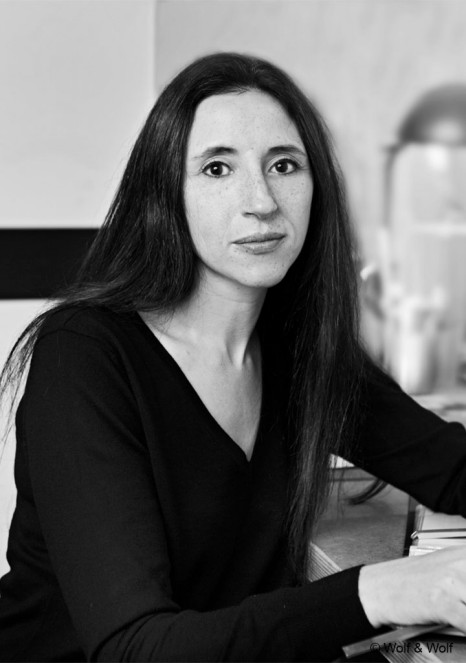 Nedda El-Asmar studied jewellery design and silversmithing at the Royal Academy for Fine Arts in Antwerp and at the Royal College of Art in London.

Since March 2008 she has been working together with designer Erik Indekeu. She works for, among others, Hermès, Puiforcat, Eternum, Gense, Villeroy & Boch, Robbe & Berking and Carl Mertens. Nedda has already won many awards with her designs. In 2007 she won the Henry van de Velde Award for Young Talent and was proclaimed "Belgian Designer of the Year".

In 2009 she was nominated for the second time for "Talents du Luxe" and awarded the prestigious Cultuurprijs Vlaanderen (Culture Prize Flanders) for Design. Since 2007 Nedda has been teaching at the Royal Academy for Fine Arts in Antwerp. 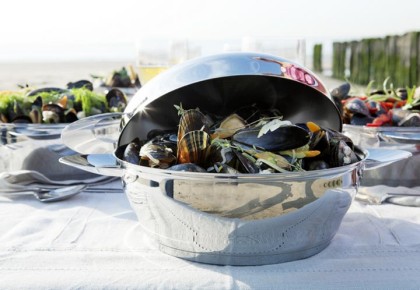 Mussels pure and natural, with white wine, garlic or Provençal... with Demeyere you can treat your guests to their favourite mussel dish.

The mussel pot designed by Nedda El-Asmar for Demeyere is a feast for the eye: elegant and refined down to the smallest detail. The handles for example were inspired by mussel shells… an amazing playful centrepiece for on the table.

The mussel pot is very easy to use and eat from because it is extra wide and low and all the shells can be collected in the reversible lid. The Demeyere mussel pot is made of stainless steel and has a heat-conducting base which you can use on any type of hob, including induction.